A Synopsis Of Translation

The Early History of Translation

Translation is the job that doesn’t need people who do it to be known or in the limelight. As much as a lot of work does really go into the services they provide, most of them are not known and since long ago many people have been doing translations. In this segment, I’ll be able to mention a couple of people who have paved the way for present-day translators with the overly incredible dissemination of ideas and knowledgeable theories they presented over the years. The lists include translators like: –

Translation Services At A Turning Point

Across businesses worldwide, there is an increasing demand for translation driven by:

Annual enterprise spending on translation services is expected to grow to US$45b billion by 2020, primarily driven by increasing globalization and an increasing amount of text being generated worldwide.

The Future Of Translation

Will AI Lead To The End Of Translation Jobs?

The recent acceleration in machine translation sophistication and reliability leads some observers to speculate that machines will essentially remove the need for expensive human translation even in the enterprise market, eliminating tens of thousands of jobs in product and service localization, publishing, marketing, and myriad other fields, even as the demand for translation explodes.

Why Is It Unlikely That AI Will Lead To The End Of Human Translation Jobs?

Although the hype around recent improvements is largely justified, that machines will destroy language services as an industry and drastically reduce the need for translation and globalization teams is not likely.  There are several reasons:

Can AI Be An Opportunity Rather Than A Threat To Human Translation?

The mix of languages that need to be translated is shifting. Today, while English is the top language used on the internet, less than a third of about 4 billion Internet users are English speakers. 12 Reasons Why You Should Be Using Subtitles

For starters, I’m one of those people who never feel the need to use subtitles when watching films, and I really never get bothered. However, 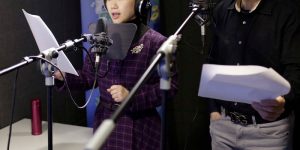 Did you ever know that when you take your phone and start recording yourself you are doing a voice-over, voice acting or dubbing? Well, I’m

1 thought on “How Has Language Translation Evolved, What Is The Future?”